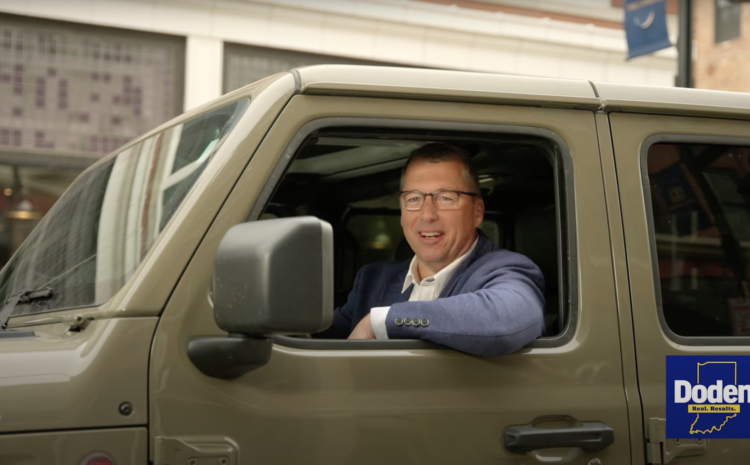 Ft. Wayne, IN — Conservative businessman Eric Doden, R-Ft. Wayne, today released a new ad titled Results and has launched a five-figure digital advertising campaign across the state of Indiana. Doden began his campaign in May, 2021 and has raised more than $5 million so far while visiting 46 counties on his Indiana Main Street Tour.

“The election results last week made one thing very clear: voters across the country are demanding strong, bold and courageous leadership focused on results, not empty rhetoric,” Doden said. “While Hoosier families are hurting as a result of the failed “leadership” in Washington D.C., we have proposed a bold plan to tackle Indiana’s economic challenges, improve our healthcare system, restore community pride in cities large and small, invest in our teachers and protect our most vulnerable. As Governor, we will keep and make Indiana more safe, prosperous, and competitive.”

The ad can be viewed here.

A native Hoosier, Eric proudly calls Fort Wayne home with his wife Maci and their five children. Doden received a J.D. from Valparaiso School of Law and a B.A. in Business Finance from Hillsdale College. Eric and his family have attended Blackhawk Ministries Church for over 20 years where he previously served as an elder.

Doden currently serves as president of Pago USA, and is a founding partner of both Domo Development LLC and Domo Ventures LLC where he focuses on revitalizing distressed buildings and communities. He formerly served as the president of the Indiana Economic Development Corporation (IEDC) for the state of Indiana under then-Governor Mike Pence. He also served as CEO of Greater Fort Wayne, Inc., the private economic development and chamber corporation serving Allen County, Indiana.

Paid for by Doden for Indiana